A Perennial Pandemic: My Lifelong Journey with Depression, Anxiety, + Realization

Hey CHAARG community!  My name is Madison Borkovich, + I am the VP Membership of the largest CHAARG chapter ever at Pennsylvania State University.  I am a junior double majoring with honors in Human-Centered Design + Development with an application focus area in Security + Risk Analysis, as well as Film Production.  I also minor in Information Sciences + Technology, with a certificate in Presidential Leadership Academy, a selective program which I am a web + social media intern for!

When I received a call to write in to the national blog for Mental Health Month, I undoubtedly picked it up.  Throughout my life, I have been not only an avid writer, but also, a first-hand advocate for mental health recognition + support.  My way with words has helped me to influence many people + reach unthinkable heights, so I had to ensure that my achievements translated into helping CHAARG, a movement which has changed my life.

Just like all of you, I assume many roles: a dedicated student, an active family member, a wholehearted friend, a hardworking employee, + an unforgettable leader in CHAARG.  Furthermore, I am many things that define me: a role model, an advocate + activist, an aspiring lawyer, ++ a vessel for the future.  However, I have come to learn that though I have struggled with them for about twelve + seven years respectively, I am not depression + anxiety, ++ they do not define me.  Let me take you through my journey.

I’m not really sure exactly what kicked things off: maybe it was because I was a target as one of the few “gifted” people who got pulled out from my class a lot, possibly because I was super tall for my age + looked older, or, who knows, a couple of girls in the fourth grade population could have just been bored one day.  But, at the young age of nine, my short, yet intensive, journey with bullying began.  One of the many immediate lowlights that comes to mind is when I was sitting in the lunch room with some friends, + an infamous fellow student dumped her entire pack of Goldfish crackers (pre-crushed by her + her two sidekicks) into my hair right before our concert performance.

Though things subsided by middle school, some damage was already done.  I felt like an outsider who was ugly outside + weak inside, ++ wondered why I was so sad all the time.  Even though I was enrolled in therapy, it didn’t really help.  What was wrong with me?

As all of this was occuring, I was also undergoing a lot of ups + downs at home, which continued from about third or fourth grade all the way up until I left for college.  Though I have always known that my parents care deeply about me, a lot of the time, I have not been able to resonate with them frequently, or truly feel that I am understood very often.  This missing piece to the puzzle of life, combined with some moments at home which deeply damaged my confidence, growth, + perceptions, only added to the struggles with deep sadness ++ paralyzing thoughts that had by now begun to consume me.

The summer before high school came around: a time rife with transition.  By this time, I was a straight A, multi-instrument-softball-playing student who had collected a plethora of awards + activism accolades.  I was ready for this new challenge in my life in terms of coursework, organizational involvements, + leaving a legacy… but instead, I got toxic relationships.  To make a long story short, over the next few months, I got tied up with an I-thought-was-good-but-was-actually-awful crowd.  A much older boy used my naivety against me to emotionally cheat on another girl, friends chose a side + turned against one another, ++ the whole thing ended with tears on my birthday in Orlando coupled with me having to make a report with district counseling services which went on to our local cyber crimes officer.

Then came college: the best time of my life.  I was thriving in independence, my roommate was my best friend, + every day was a new opportunity to pave my way ++ make an impact.  With stellar involvements, especially this new fitness group called CHAARG, a 4.0 GPA, + the Happy Valley community, the times that I laid in bed not wanting to wake up the next day or sat in my room worried to an extremely concerning point about my future seemed so far away that they could well have been in another universe.  I left for spring break ready to rejuvenate from the pressures of the elite Schreyer Honors College, my leadership roles, + my demanding coding, technology, ++ production courses: only to then be out of physical school for almost two years.

Though nice at first, online learning in my home environment eventually sent me back into a spiral.  When I finally did come back to college, in a twist that I never would have seen coming, I had roommate drama that I ended up in the middle of. The weight of the chaos began to drag me down, + the more I tried to be a fixer, the worse things got for me internally. With a thesis, the hardest classes I had ever taken in my life, + my new role as the VP Membership of CHAARG for 529 members (!!!), I was past the brink of madness, + something had to change.  I was tired of the depression + anxiety yo-yo, of my hair falling out from stress, + of feeling like I was carrying a two ton elephant on my chest while keeping up the “she’s so perfect” appearances that everyone else bestowed upon me.

So, I re-enrolled in therapy… + though there was an immediate relief of being able to tell someone else all of the wild, MTV-episode-like DISASTERS that were going on in my life, things actually got… worse?  I couldn’t believe that I felt this low.  Despite me doing every textbook thing to get help, nothing was effective.  I wanted to stop the sessions that I had started to view as a waste of my time + money.  But, I persevered.  I was honest.  My therapist said… “Would you be opposed to medication?”  Although there is a huge stigma in my family about it, I said: “Jena… if you think it would work… I would try absolutely anything to feel like the self I want to be again.”  So, after again prevailing through the seemingly endless two weeks of my not-being-able-to-sleep-through-a-night side effect, while attending more sessions, I felt a change.

Let me get things straight: it wasn’t like a magic pill gave me my life + power back yet.  Am I where I once was?  No.  Will I ever be?  Who knows?  But, it was a combination of advocating for myself + addressing both interior ++ exterior causes that got me to where I am today.  My brain is my biggest asset, + maybe that tradeoff is that it has the chemical tendency to take me to extremes.  If I were having an allergic reaction to shrimp or shellfish, I would make sure to inject myself with an Epi-pen.  So if my mind is prone to these unfavorable reactions, why would I not treat it the same way?  Also, though anxiety has been harder, I have always been aware of what externally will send me into what I call “a depressive spiral.”  So, then came the question of: how do I stop the spiral?  Once it starts, as I told my therapist, I just know I can’t… so, it dawned on me, I had to do whatever I could to make sure it didn’t.

Though different tactics may work for different people, I have found my big thing: boundaries.  Never in my life before college have I had a firm boundary.  Sure, I told people not to do things, or that I wanted X, Y, or Z, but I always let myself be swayed, pushed, guilted, manipulated, or threatened.  Not anymore.  Now, I set clear expectations, +, most importantly, hold firm in them!  Also, I realize how, go, go, go, my lifestyle is.  It is taxing to take around twenty credits a semester, be involved in so much, + go out three or four times every week.  Although I am a HUGE seize your life type of person, I now know when I can let loose, + when I have to cut back on the partying + play catch up for a night.

In addition to my relationship with myself + my mind, I have also reassessed my relationships with people.  Before, at times, I would put quantity on the same scale as quality.  After my internal work, now, I will scream from the rooftops to cut off dead weight!  If a relationship of any sort is not serving you, let.  It.  GO!  Also, get a support system!  In addition to my sister (most of the time, LOL), I would not be the person I am without two of my best friends + fellow Penn State CHAARG execs, Caitlin Ramage ++ Olivia Wright.  Last for this blog post, but certainly not least; find validation within yourself.  Though I am still working diligently on this one, do not seek your happiness in other people’s words or actions.  If you want to accomplish a goal + others doubt you, prove them wrong.  When someone says your outfit is ugly, wear it so well that people stop you everywhere you go to compliment you.   Meet every can’t, won’t, + never will be with a “watch me.”

In my darkest times, I would say I probably had about one depressive episode a week, + a completely-shutting-down anxiety inducing situation around twice a month.  This semester, I have had one–one!– episode which lasted a few days, + though it rears its head, there has not been a single time that anxiety has left me physically + mentally immobile.  It’s about progress: not perfection.  After over a decade, I can confidently say that I will struggle with mental health problems for the rest of my life.  But, now, at 21, I also know something much more essential: that, just as I have in the past, I can + will equip myself with an increasing amount of tools to build the self, impact, + future that this world needs. 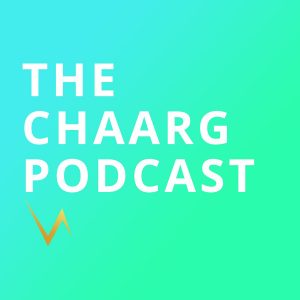 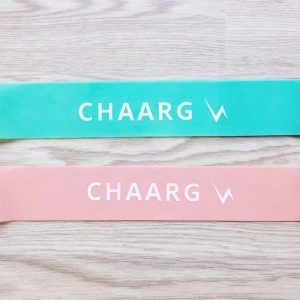 Grieving The Living: My Experience With Unconventional GriefCHAARG + Mental Health